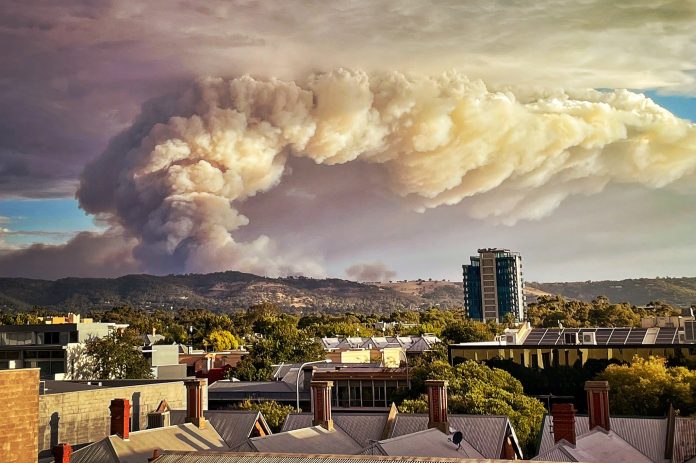 The way Australians work has changed dramatically in the past 12 months, with a work from home environment reshaping the traditional nine-to-five world. More people More
More
World

Victorian authorities are bracing for the harshest conditions of the thus-far subdued bushfire season, with total fire bans declared across the state.

Temperatures are forecast to move into the 40s in Victoria’s northwest on Monday and hover in the high 30s for much of the state, including 39C in Melbourne.

It comes as a heatwave sweeps across southern Australia, bringing sweltering conditions to Victoria, NSW and South Australia, while a bushfire menaces Adelaide.

A man was arrested in the Adelaide Hills while allegedly speeding away from a bushfire as firefighters battle a number of blazes in the hills southeast of Adelaide in scorching heat.

A patrol car spotted a vehicle speeding away from a fire on Piggott Range Road at Clarendon on Sunday evening.

Police stopped the car and arrested the man.

Sweltering heat hovered over Adelaide on Sunday with temperatures climbing above 40C.

In Victoria, a lingering heatwave – combined with 40 to 50km/h gusts and an afternoon wind change – has elevated the fire danger to severe in the Mallee, Wimmera, Northern Country, North East and North Central, and to very high in East Gippsland.

All six districts will be subject to a total fire ban, outlawing open-air fires from midnight.

“The next 24 hours we’ll see the most significant fire risk posed to this state so far this season,” Country Fire Authority chief officer Jason Heffernan told reporters on Sunday.

“Heatwave conditions will continue to build overnight and will peak tomorrow.”

Forest Fire Management Victoria’s Chris Hardman said a record number of residents were exploring the state after spending much of 2020 stuck in lockdown.

However, he said many had little experience in bushland environments and needed to be wary not to inadvertently spark a blaze.

“It’s really important that if you’re a visitor to these areas you do not put people at risk by behaving in an inappropriate way,” he said.

“Ten per cent of all of our bushfires come from unattended campfires. Don’t think just because it’s a small fire by your campsite, it’s OK. It’s not OK.”

There are no active blazes in Victoria as of Sunday afternoon, but authorities insist they are ready to respond should any arise.

Victoria’s Emergency Management Commissioner Andrew Crisp said 64 firefighting aircraft were on standby on Sunday and a similar number would be available on Monday.

The forecast afternoon wind change on Monday will be the most dangerous period for fires but will also carry cooler air, rapidly dropping temperatures by 10 to 15C and aiding fire crews’ efforts

“Mother Nature has been kind to us, we don’t have a third hot day,” Mr Hardman said.

“And those conditions that follow on through Tuesday into Wednesday will allow any fires that have occurred in the landscape to be quickly contained and made safe as soon as possible.”