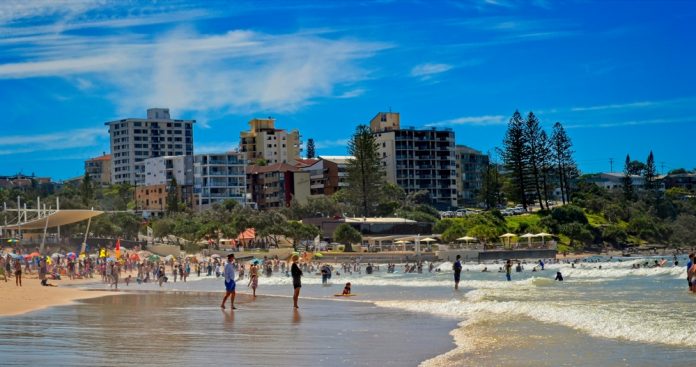 The Sunshine Coast’s housing future could be more apartments and townhomes and fewer houses as the council considers a plan to increase urban density to cope with the region’s growing population.

The Sunshine Coast Council will next week vote on whether to draw up a new planning scheme that could change the face of the Coast.

It comes as the population is expected to hit 500,000 residents by 2041, creating even more demand for new housing.

Under a revamped planning scheme, the council would have to consider a State Government target that 62 per cent of dwellings be built on existing land by 2041.

That equates to 53,700 homes going up on “infill sites” which typically hold medium-density housing such as apartments and townhomes.

By comparison, a fewer number of properties would be built in urban sprawl, with some 33,700 homes (or 38 per cent of future housing) mostly at Palmview, Caloundra South and Beerwah East.

The details are outlined in a report to be debated at next week’s Sunshine Coast Council meeting and comes as the region has become the most popular destination for interstate migration, with a rental vacancy rate of almost zero and skyrocketing housing prices.

The report urges councillors to push ahead with a new planning scheme to in part address the Sunshine Coast’s future housing obligations.

“The new planning scheme will need to have an increased focus on urban consolidation (and in particular consolidation done well and at the right locations) as opposed to continued urban expansion,” the report states.

“Consolidation” is another term for infill development which aims to increase density with apartments and town houses on vacant blocks within existing urban boundaries.

“While the majority of dwellings are single detached houses currently, it is expected that
the types of housing will be more diverse by 2041,” the report states.

“In particular, there will be greater demand for a range of semi-attached and attached housing to provide more affordable living options, preferably located close to public transport and major centres.”

Property Council of Australia Qld deputy executive director Jen Williams said infill development with townhouses and apartments was a key way to address housing demand by locating people near existing infrastructure such as schools and shops.

“The Sunshine Coast is a beautiful place to live and COVID has shone a light on Queensland and the Sunshine Coast and we will see a lot of interstate migration and it’s important to plan for that so we don’t end up with a huge housing affordability problem and people priced out,” she said.

The most significant input for the new planning scheme would be the South East Queensland Regional Plan 2017 (SEQRP) which sets out the targets.

The current Sunshine Coast Planning Scheme, which came into effect in 2014 and would end by 2024, does not allow the level of density that would be required to meet those state infill targets.

Typically, infill density should be built around public transport stations and routes for ease of access for residents.

However the report also states the Sunshine Coast must maintain its “strong position on building height” as a key feature distinguishing the region from other parts of southeast Queensland.

A review of the existing planning scheme was undertaken in 2020 which concluded it was time for an update to keep up with state planning requirements.

If councillors agree to devise a new one, the report states community consultation and engagement will be a key priority going forward.

The entire process is expected to cost $2.16 million and the new scheme should be operational by 2023.