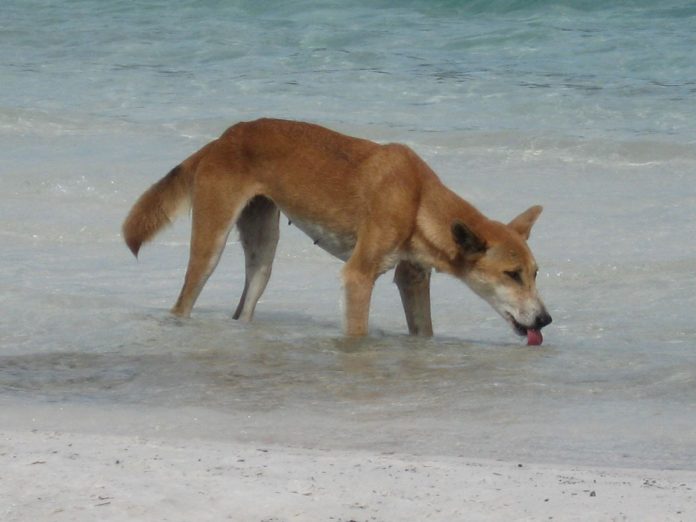 Ongoing human interference with dingoes on Fraser Island has forced the Department of Environment and Science (DES) to extend the closure of four campgrounds on K’gari until June.

“We closed these four popular campgrounds last year for safety reasons, because some residents and visitors were either feeding wongari or deliberately interfering with them,” Ms Behrendorff said.

“Unfortunately, that behaviour by day visitors has continued, leaving us with no choice but to extend the temporary closure until June 30 for these popular campgrounds.

“These campgrounds will not be reopened until this dangerous and foolish behaviour by day visitors and residents on the island stops.

“Day visitors and residents have to understand that their behaviour has a direct impact on the wongari and the next group of people who visit or camp on the island.

“Feeding or deliberately interfering with wongari can habituate them, which puts people and the wongari in danger.”

Ms Behrendorff said the majority of visitors to the island don’t break the law, but others can’t resist feeding or interfering with dingoes for a selfie.

“People who want a selfie with a wongari are extremely selfish, because they’re not thinking about future interactions between the wongari and residents or visitors to the island,” she said.

“QPWS has a zero tolerance for people who intentionally feed or interfere with dingoes and will hold offenders accountable.

“In 2020, rangers issued 18 Penalty Infringement Notices (PINS) to people for dingo offences, and so far this year rangers have issued three PINS.”

“Earlier this month, two men, who encouraged a juvenile wongari to smell and lick their hands at Orchid Beach, received fines totalling $4270.

“Rangers have also recently trapped and inserted ear tags on six wongari around other popular campsites and residential areas, for ongoing monitoring due to the poor behaviour of humans.

“The ear tags will help rangers identify the wongari, who are showing signs of habituation because people are deliberately or inadvertently feeding or interacting with them.

“I’d like to remind visitors and residents on K’gari that rangers don’t have to witness dingo offences for people to be fined.

“We regularly receive photos, videos and information from tour group operators and members of the public about dingo offences.

“The COVID-19 closure of K’gari proved that wongari have access to plenty of natural food and do not need to be fed.

“Anyone who breaks the law by deliberately feeding or interacting with dingoes, or failing to secure their food and rubbish, can expect a fine or to appear in court.”

DES reminds people to remain vigilant and report any negative dingo encounters to a QPWS ranger or phone 07 4127 9150 or email dingo.ranger@des.qld.gov.au as soon as possible.