All the inconsiderate people I would like to tax

All the inconsiderate people I would like to tax

Ashley Robinson: All the inconsiderate people I would like to tax 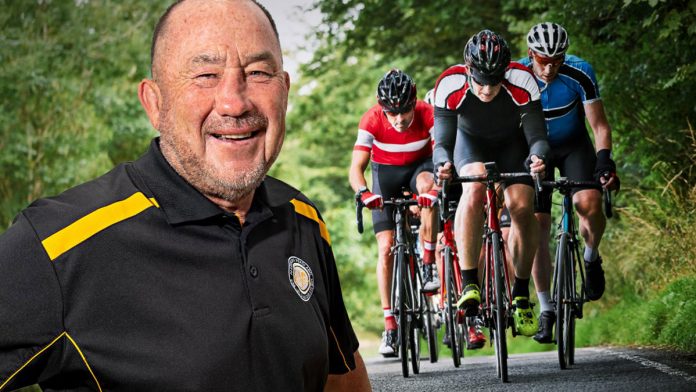 ‘There are more statues of large fruits than women’

The new Spitfire Banks Drive-Michael Street Bridge and the first stage of Central Park will be officially opened at an event on Saturday. There will More
More
Property

The council is always being accused of something, particularly revenue raising, with the suggestion of reintroducing parking meters to key areas, mass transit lanes and all sorts of things that a great deal of our very settled residents do not want a bar of.

I guess population explosion and transport are two very big issues, along with trying to balance the budget.

I may have an idea for revenue raising and I think it would be a booming business if the council introduced an inconsiderate tax.

Lycra-clad cyclists riding three abreast discussing the fabric of their outfits would be a good place to start.

Unfortunately, they can only get pinched on council walkways but there will still be many qualifiers.

Simpler victims in the new tax would be those people who walk two or three abreast on walking tracks, making the rest of us get out of their way.

I think my new team will concentrate on walkways, parks and parking.

There are plenty of unsuspecting victims out there to fill the coffers of the council.

For instance, there should be a massive tax on those inconsiderate souls who can’t clean the barbecue in the park after they have used them.

You know the type, they use the free gas, they plug stuff into the free electricity and leave the cooktop like the last person to use it was Hannibal Lecter.

Then there is the rubbish around the picnic areas. Forget about persecuting dog owners, I find morons who leave rubbish everywhere far more obscene than someone having a latte at a cafe with their dog.

In fact, as long as the dog isn’t humping my leg while I’m having a bite to eat, I don’t have a problem.

The largest fine in the inconsiderate tax portfolio should be saved for those wonderful people who park in handicapped zones with the excuse they will be only there for a couple of minutes?

Sure, I have been known to park in the baby zone parks occasionally, before I learnt that looking like you are having a baby doesn’t qualify you.

But really, anyone who parks in a handicapped zone with their only qualification being stupidity should be hit with the biggest fine of all.

So dear Mr Mayor, if you concentrate on this new tax, I believe the roads on the coast will be paved with gold in no time at all.

The Sunshine Coast looks set to avoid any significant impact from Tropical Cyclone Niran as it tracks away from Queensland, but some interesting surf More
More
Property

Home buyers could cop the bill for housing crisis ‘fix’

Forcing developers to supply affordable housing to ease the crisis on the Sunshine Coast would amount to imposing a new tax on buyers, a More
More
News

After more than a decade consumed by secretive eating disorders, Tanya Kretschmann is relishing her second chance to be "present" in her life. From primary More
More