Sledge hammer: It's time to put on-field trash talk in the bin 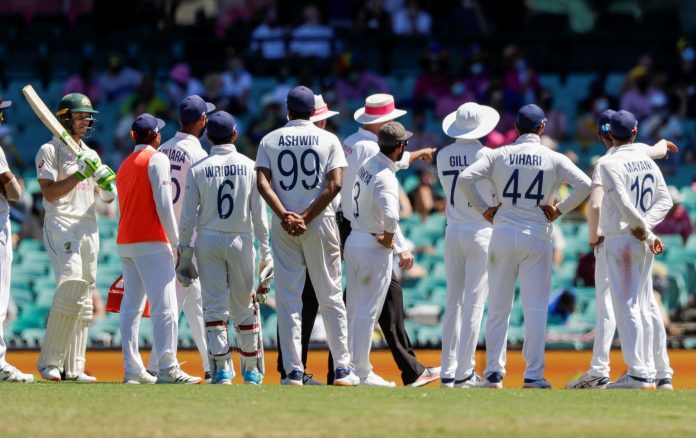 Ragging on the Blues supporters at Origin time, joining in chants and waves, booing a bad ref decision: in my book, all of these are a good-natured part of expressing our love of sport.

But on-field exchanges by the players themselves are another thing altogether.

Sledging – also called trash talk or chirping in other parts of the globe – has long been a part of elite sport, but that doesn’t mean it should remain. After all, ignoring concussions and expecting our elite gymnasts not to eat also used to be acceptable, too, until we knew better.

The odd thing is that studies, including one a couple of years ago out of the University of Birmingham, have repeatedly found that sledging does not affect athletic performance, with some athletes even finding that it fires them up.

On the cricket pitch between India and Australia, it has been raw and rough. We know this because we not only watch play these days, we are in and amongst it.

Australia was unable to cut the ground out from under India in the third Test and as their hopes faded, they got down and dirty and sought to provoke the batsmen into making a petulant blunder.

It was ugly. It was mean. And it was unacceptable.

There is no place for getting cruel and nasty at work – it is unlawful – and a cricket ground is a place of work.

And to use a sport parallel, good sportsmanship means playing the ball and not the man. Australian captain Tim Paine calling Indian rival Ravichandran Ashwin names and saying he had the greater number of Indian friends is uncool.

Muttering to Ashwin as he waited at the crease for the next Australian-delivered missile that his teammates hated him is puerile. Others joining in is bullying.

Happily, the public views the Australians’ conduct as desperate and grubby. We demand more these days, and if they must snipe, we would expect something funny, creative and playful from our nation’s top sportspeople: something more akin to teasing, which has long been found to be valuable.

In ancient Sparta, the razzing men gave each other was deemed to be the rock-solid base on which the formidable Spartan army was built.

Men were entered into dinner clubs from age 20, a system known as syssitia — and as they broke bread together nightly, they shared opinions, sang and exchanged wisecracks, even using pointed nicknames.

Among friends and family, good-natured ribbing should be preserved, and exchanging friendly, witty teasing should be encouraged.

It builds bonds by testing and strengthening a close relationship; it gives rise to resilience and keeps egos in check.

On the sports field, we need more of that and less sledging.

My favourite lauded cricket exchange featured West Indian great Viv Richards when he was playing county cricket. He had played at and missed several deliveries, and bowler Greg Thomas said this to him: “It’s red, round and weighs about five ounces, in case you were wondering.”

Richards launched the next ball clear out of the ground, adding: “Greg, you know what it looks like. Now go and find it.”