Doctors: Why you should get more than one vaccine type

Doctors: Why you should get more than one vaccine type 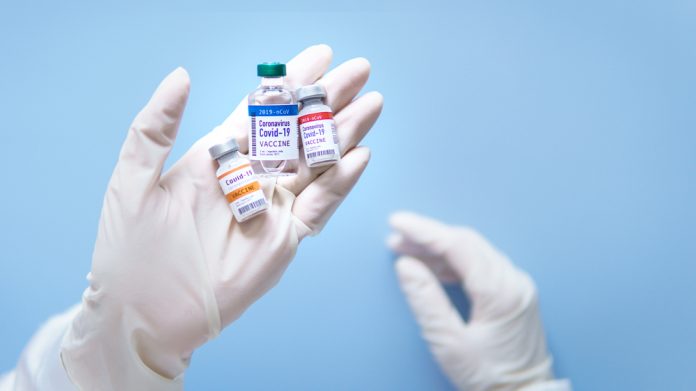 Australians should line up for more than one type of vaccine to get the best protection against the coronavirus, Queensland’s peak medical group has suggested.

The federal government has ordered three vaccine candidates totalling 140 million doses ahead of the nation’s biggest-ever immunisation rollout in February.

But with one of the vaccines, Oxford University’s Astra-Zeneca drug, having an efficacy rate as low as 62 per cent, there have been calls to consider other options.

Dr Perry said the best way to boost individual protection and achieve herd immunity would be to get more than one type of jab.

“To be honest with you, I’m going to line up for all three if I can,” Dr Perry told sunshinecoastnews.com.au

“If you can get more than one type of vaccine, then do, but we’ll have to see the rules.”

Some doctors have raised concerns about the Astra-Zeneca vaccine which the federal government plans to give to most Australians through GP clinics, pending approval by the Therapeutic Goods Administration.

Australia has ordered 54 million doses of the jab which has an efficacy rate of between 62 and 90 per cent in clinical trials, well below both the Pfizer and Moderna vaccines.

Some medical professionals want the planned rollout suspended and are urging the government to pivot to other options.

Dr Perry said with the number of vaccines on order, it was feasible the Federal Government was considering multiple doses as an option.

“We’ve got 150 million doses on order and a population of 25 million so I would imagine we would be lining up for not just one.”

Like independent local news? Get more by subscribing to our free daily news feed: Go to SUBSCRIBE at top of this article to register

A spokesperson for the federal health department said it was not known if combining different vaccines was safe or effective but it would be “subject to further study”.

“It is expected that Australians will be vaccinated with one type of vaccine, in two doses,” the spokesperson said.

The Astra-Zeneca vaccine is earmarked to vaccinate the bulk of Australians and will be distributed to GP clinics and regional areas because it has simpler cooling and distribution requirements.

The more efficacious Pfizer vaccine, which is 95 per cent effective and of which Australia has ordered 10 million doses, will be the first cab off the rank and administered to the most vulnerable and frontline and essential workers.

Chief Medical Officer Paul Kelly sought to ease concerns about the effectiveness of Astra-Zeneca as he revealed Australia could not get more doses of Pfizer but was negotiating with “a dozen” other candidates.

“The great advantage of the AstraZeneca vaccine is it is being made here in Australia. It will be available as soon as the TGA gives its tick, which we expect that it will in February,” Professor Kelly said.

“We’re not the only country in the world that has AstraZeneca ordered. AstraZeneca is one of the mainstays of the global response and remains so.

“The AstraZeneca vaccine is effective, it is safe and it’s a high quality vaccine, but those are the things that the TGA will be looking at with their full approval coming very soon.”

Australia has supply agreements in place for the AstraZeneca, Pfizer and Novavax vaccines.

The federal government has not struck a deal for Johnson and Johnson or Moderna, whose drug is easier to distribute than the Pfizer vaccine.

He is concerned about the potential risks if AstraZeneca fails to pass health and safety checks.

“That’s why the federal government should have been months ago spreading that risk more thinly with more deals,” Mr Bowen said.