‘It was scary’, Coast soccer star’s extreme stint in Italy

‘It was scary’, Coast soccer star’s extreme stint in Italy 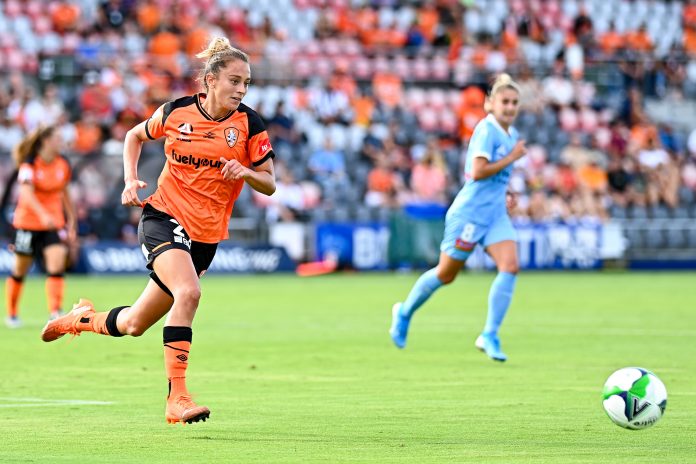 Olympic soccer hopeful Isobel Dalton has reflected on a harrowing stint in Italy last year, when several of her team-mates contracted COVID-19.

The Caloundra product improved her skills with Napoli FC, in the country’s premier competition Serie A.

But the Brisbane Roar midfielder admitted her experience there was frightening and complex.

“It was definitely scary. Towards the end of my time there, 9 or 10 of my team tested positive and the girl I lived with tested positive, so it was a scary time for sure,” she said.

“There was always the uncertainty of whether you had it or not.”

Italy was one of the first nations to be severely impacted by the virus early last year. There have been almost 2.3 million cases, with more than 79,200 deaths and the country is now in the grip of a second wave.

She said her stay there was taxing and logistically tough.

“I absolutely loved it, but in terms of COVID it made it very difficult, just because of the testing we had to do and all the protocols we had to follow in order to keep fit,” she said.

“It made it difficult for everybody playing in Europe but especially in Italy, being one of the top countries for the cases.”

But she has returned to Australia a more complete player.

“Going away to Italy helped me a lot in terms of my physical game, so I think I can bring that back into the W-League,” she said.

“That (physicality) is an aspect I didn’t necessarily have before, so I think it’s definitely improved my game a lot. I’m confident and trust in myself.”

Tokyo in her sights

Dalton expects 2021 to be her biggest year yet on the football scene and she’s striving to be selected for the Olympic Games.

The 23-year-old has helped the Roar to a win and two draws so far this campaign and she’s primed to take her game to new heights.

“This is the biggest year I will have in my career so far,” she said.

Like local sports stories? So do we. Get more direct to your inbox by subscribing to our free daily news feed: Go to SUBSCRIBE at top of this article to register.

“I’m hoping to achieve a lot with the Roar. With the people I’ve got around me I’m setting myself up to have a good year.

“I want to hold my starting spot and play as much game time as possible. I hope I can get called into the Matildas as well.

“That’s one of my biggest goals this year, especially with the Olympics coming up (in Tokyo in July).”

Dalton has amassed plenty of experience despite her young age.

Born in the United Kingdom, she moved to the Sunshine Coast with her family as an eight-year-old. The Unity College product came through the ranks at Caloundra Football Club.

She played a sole game for the Roar in 2014-15 before linking with Bristol Academy in England for a season. Dalton then spent a couple of seasons with the Colorado Buffaloes in the USA’s main inter-collegiate competition, the NCAA. She was then with Nottingham Forest in England.

Dalton re-connected with Brisbane last summer and notched 11 games before going to Naples for a season and then returning to the Roar.

Now, she’s pressing her claims for the Olympics. Preliminary training camps are planned soon for Matildas prospects and she hopes to be selected.