'I order his discharge': UK judge rules against Assange's extradition to USA 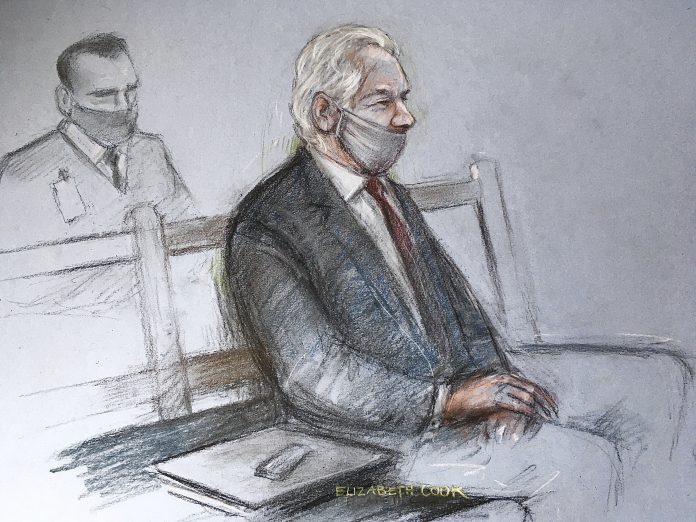 Australian activist Julian Assange should not be extradited to the USA to face espionage charges, a UK judge has ruled, citing concerns about his mental health and the prison conditions he could face there.

While delivering her verdict, Judge Vanessa Baraitser said she was alarmed by the effect incarceration in Britain’s Belmarsh prison has had on the 49-year-old WikiLeaks founder’s mental health.

She feared that the harsh confinement Assange would potentially face in the US while awaiting trial could worsen his health and lead to self-harm.

“Faced with the conditions of near total isolation without the protective factors which limited his risk at HMP Belmarsh, I am satisfied the procedures described by the US will not prevent Mr Assange from finding a way to commit suicide and for this reason I have decided extradition would be oppressive by reason of mental harm and I order his discharge,” she told London’s Old Bailey court on Monday (local time).

The US government now has 14 days to lodge an appeal and has already indicated it will pursue the extradition.

If the appeal is successful, the case could be heard at the UK Supreme Court and European Court of Human Rights in Strasbourg, France.

“We will continue to seek Mr Assange’s extradition to the United States,” a US Department of Justice statement said, adding that the United States had won on all the legal points including arguments relating to freedom of speech and political motivation.

Assange’s partner Stella Moris said the judge’s decision was a “victory” but that she and their sons could not celebrate until he was back home.

“Today is a victory for Julian, today’s victory is the first step towards justice in this case,” she said.

“We are pleased the court has recognised the seriousness and inhumanity of what he has endured and what he faces but let’s not forget the indictment in the US has not been dropped,” she told reporters outside the London court.

She called on US President Donald Trump to pardon Assange, urging him to “end this now”.

“Mr President, tear down these prison walls. Let our little boys have their father. Free Julian, free the press, free us all,” she added to rapturous applause and chants of “Free Julian Assange” from protesters.

The decision by the District Judge does not mean Assange can be automatically freed from prison.

A decision on Assange’s bail conditions is due to be made on Wednesday.

Australian and international journalist unions welcomed the decision and called on the USA to back off.

Australia’s Media Entertainment and Arts Alliance (MEAA), of which Assange is a member, urged the US government to drop all charges and for the Australian government to expedite his safe passage.

“Julian has suffered a 10-year ordeal for trying to bring information of public interest to the light of day,” MEAA Media Federal President Marcus Strom said.

“But we are dismayed that the judge showed no concern for press freedom in any of her comments, and effectively accepted the US arguments that journalists can be prosecuted for exposing war crimes and other government secrets, and for protecting their sources.”

Overnight, Mexico’s government said it was ready to offer political asylum to Assange.

Whistleblower Edward Snowden said he was pleased with the result and gave thanks to Assange’s supporters.

“Thank you to everyone who campaigned against one of the most dangerous threats to press freedom in decades,” he wrote on Twitter.

We welcome the fact that Julian Assange will not be sent to the USA, but this does not absolve the UK from having engaged in this politically-motivated process at the behest of the USA and putting media freedom and freedom of expression on trial.

US authorities have charged Assange with violating the Espionage Act by conspiring with former US military intelligence analyst Chelsea Manning to leak a trove of classified material in 2010 relating to the wars in Iraq and Afghanistan.

The secret documents were released on WikiLeaks while Assange also collaborated with journalists at prominent news outlets.

His supporters and press freedom groups view him as an investigative reporter who has brought war crimes to light.

In 2010, Sweden announced that its officers were investigating two accusations of sexual assault against Assange, which he denied and said were without merit.

After an international arrest warrant was issued, Assange launched a legal battle against extradition to Sweden.

After that failed, he sought refuge in London’s Ecuadorian embassy in 2012, stating he believed it would eventually lead to an extradition to the US.

Sweden dropped its investigation in 2017.

In April 2019, Assange’s asylum status was revoked, prompting UK police to arrest him for breaching his bail conditions in 2012.