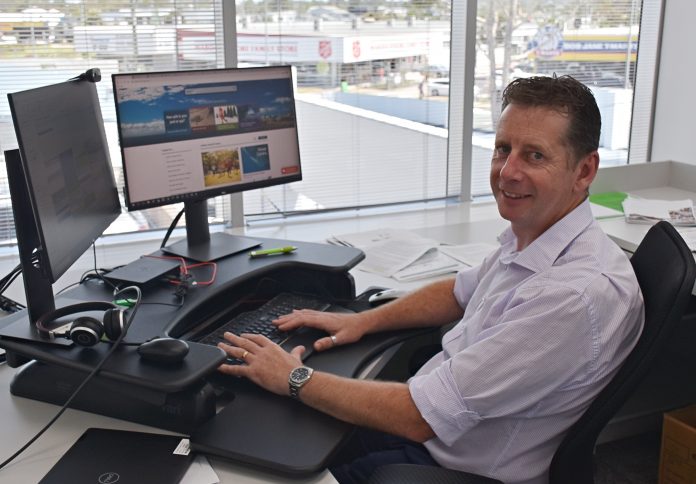 Cash for trailblazing clubs, arts and events that soar

Cash injections of hundreds of thousands of dollars are set to boost several community groups, including a centre for creativity. Noosa Council has approved more More
More
News

On a cold winter night everyone deserves to be rugged up in a safe, comfortable bed. But sadly, this is something we often take for More
More
Lifestyle

Members of a Buderim-based club say square dancing is a great way to keep in shape but there are many other benefits. The Suncoasters Square More
More
News

A four-time Olympic gold medallist will join a determined group on a Sunshine Coast hike, for a good cause. Libby Trickett and about 2000 women More
More
News

Boost your heart with a morning walk around shops

A long-running health initiative has been relaunched at a major shopping centre. The Healthy Heart Walkers group has been renewed at Sunshine Plaza in Maroochydore, More
More
News

Residents, students and motorists across the Sunshine Coast are mourning the loss of a man they barely knew but looked forward to seeing every More
More

The man who will help drive the Sunshine Coast economy through the shock of the global pandemic has revealed the private pain that motivates him.

He was formerly chief operating officer at Gourmet Garden and CEO of Coyo Australia, a successful coconut yoghurt brand, as well as co-founder of the Food and Agribusiness Network (FAN).

Since it was founded in 2015, FAN has played a major part in advancing the success of this high-value industry on the Sunshine Coast, connecting those in the food industry with each other, government and other stakeholders.

Mr Eves-Brown says wanted to do something to give back, but what most people don’t know is there was a deeper motivator than food driving him.

Mr Eves-Brown and his wife have a daughter with severe disabilities. He and his wife were told she wouldn’t make it past her first birthday but Emma is still here, 12 years later.

“Very sadly, Emma had a blood clot in her umbilical cord three or four hours before birth and it starved her of oxygen,” he says.

“She was born with spastic quadriplegia. It was never a journey we expected to be on, but we’re very blessed to have her, she’s an angel. It has been a very traumatic time – we nearly lose our daughter a couple of times a year. My wife has been an absolute rock.”

The couple also have 13-year-old Hannah and Mr Eves-Brown says having a child with disabilities changed his perspective on life.

“It really does inspire you to want to give back to the community,” he says.

“The community has helped support us through all this. My purpose is all about how I can help the Sunshine Coast grow and prosper for a better future for our children and giving back to the community that has given so much to us in caring for Emma.

“I was reflecting recently why I wanted to set up FAN,” he says.

“It goes back to a conversation I had with Ted O’Brien while I was working at Gourmet Garden. We were talking about the high levels of suicide in young people on the Coast. A lot of it is driven by mental health and not feeling there’s a future for them.

“It was that moment, followed by the birth of our daughter, that I said I want to have a way of giving back. My wife is doing all the caring, I can give back by helping these industries to grow. It very much brought me into the co-founding of FAN.”

Mr Eves-Brown says the job that led him and his wife to settle on the Sunshine Coast felt fated.

Originally from the UK, they had come to Australia as backpackers in the 1990s and decided to pursue careers that would enable them to return as skilled migrants.

Mr Eves-Brown worked for an high-tech internet grocery company and was able to move here in 2005.

“We landed in Sydney with the intention of looking at where we wanted to settle. We drove up the east coast and got to the Sunshine Coast. We were blown away by its beauty and just loved the region. That weekend, Gourmet Garden was advertising for an operations manager and I was lucky enough to get that job.”

He worked for Gourmet Garden for 11 years, before moving on to McCormick, then taking on a role as CEO of Sunshine Coast coconut yoghurt company COYO. In November, he became the Head of Economic Development at Sunshine Coast Council.

“It’s an amazing environment to be in,” he says. “I don’t think ratepayers and the general public realise or appreciate one, the calibre of the council and two, the good hands they’re in with ensuring the region continues to grow. It has been extremely well set up and there is a good strategic plan that’s guiding its direction.”

Mr Eves-Brown’s role expands across the economic development portfolio. He’s responsible for attracting new businesses to the region, helping advance the industries already here and attracting premium events to aid tourism on the Coast, as well as provide events for the local community to enjoy.

“Our key focus is our high-value industries, which are all in line with the council strategy of sustainable, smart, healthy industries,” he says. “Co-founding the food and agribusiness network on the Coast really gave me a lead-in on the role the council plays in economic development. This new role is very much taking the experience I have in the food and agribusiness industry and spreading it to the wider Sunshine Coast.

“I think we are in such a fantastic position as a region,” he says. “We’ve got some great foundations of big projects that have been delivered, such as the airport, the submarine cable, the hospital, the university.

“They are really giving us the foundations for economic growth and the future is extremely positive for the Sunshine Coast. We’re feeling it now from a post-COVID influx. It’s a desirable, liveable region that is attracting people from all over the country.