Tenants ‘kicked out’ to push up soaring rents

Tenants ‘kicked out’ to push up soaring rents

Sunshine Coast tenants being 'kicked out' so landlords can cash in, advocacy group says 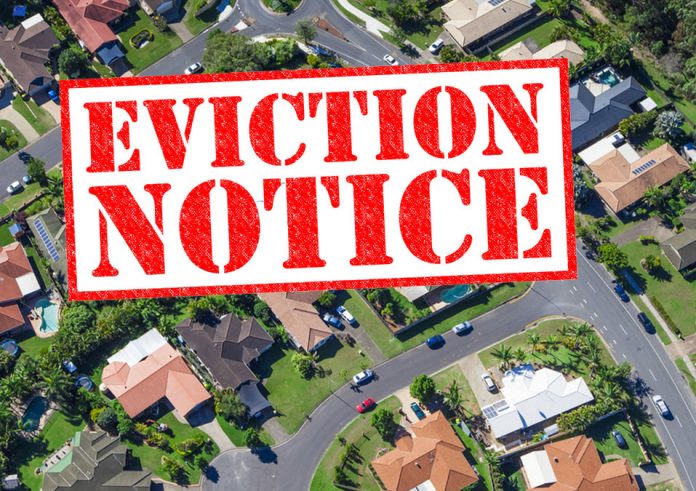 Tenants are being “kicked out” so landlords can raise rents or sell in the red-hot property market, a major Queensland advocacy group says.

This comes as vacancy rates across the Sunshine Coast plummet to 0.4 per cent, sparking a bidding frenzy among would-be renters.

With rental availability so low, tenants are offering to pay extra to secure somewhere to live, even before the properties have been placed on the market.

The Sunshine Coast currently has the highest interstate migration of anywhere in Queensland, according to REIQ, leading to a dramatic surge in house prices and demand for rentals.

One agency described the rental market as the hottest in 85 years but it has left many people in a desperate situation looking for an affordable roof over their heads.

Tenants Queensland, formerly the Tenants’ Union of Queensland established in 1986 to represent all those who live in rental accommodation, said it was getting regular reports of people being kicked out of rental homes so landlords could take advantage of soaring prices.

One Sunshine Coast man who had been economically impacted by the pandemic and had successfully applied for a rent reduction was recently given notice to leave.

“People are coming out of COVID and getting slammed with this and getting evicted without grounds,” Tenants Queensland CEO Penny Carr said.

“There is no easy fix but we need more social housing and stronger tenancy laws to stop evictions.”

Get local news direct to your inbox by subscribing to our free daily news feed: Go to SUBSCRIBE at top of this article to register

The median for a three-bedroom home on the Coast in the latest September quarter was $470 per week, an increase from $455 per week in September last year.

The rising rents locally are in contrast to reports of price reductions in Sydney and Melbourne where apartment rents have had the highest annual fall since 2004 with a drop of 4.8 per cent.

A spokesperson for REIQ said the Sunshine Coast already had what was classed an as “unhealthy” rental vacancy rate even before the recent crisis in housing availability.

A healthy vacancy rate is considered upwards of 2.5 per cent to about 3.4 per cent which allows a good cycle of rentals.

However the Sunshine Coast has not been in the healthy range since December 2011, meaning rental availability has been tight here for the last nine years.

The Coast’s vacancy rate was just under the healthy range in April (at 2.4 per cent) and has been dropping every month since.

It was 0.4 per cent in October and November and was 0.5 per cent in August and September, according to REIQ figures.

In November, Nambour’s vacancy rate was 0.2 per cent, Caloundra’s was 0.3 per cent and Maroochydore was 0.6 per cent.

Mr Cayley said an undersupply of housing for the region’s growing and projected future populations was the key problem.

“To put demand in perspective, the Sunshine Coast needs a new suburb every 12-14 months for the next 20 years,” Mr Cayley said.

Henzells operations manager Katherine Allan said the rental market was as hot as the agency had experienced in its 85-year history serving Caloundra and surrounds.

“The unprecedented demand for rental properties on the southern Sunshine Coast has been a double-edged sword creating potentially strong and reliable returns for owners but causing anguish for some in search of a roof over their head,” Ms Allan said.

Henzells recently rented four properties off market within days of each other at a premium price range of $490 to $850 per week.

Ms Allan said Henzells had leased a record 180 properties, processed more than 8000 enquiries and hosted 500-plus inspections in a landmark year.

“At Henzells we have been totally inundated with people looking for apartments and homes to rent, and we always have a compassionate ear for individual circumstances and a commitment to help wherever we can,’’ she said.

A Birtinya family that recently sold their home to capitalise on the current market soon discovered how difficult it was to rent a property.

The working couple with two children assembled impeccable references from employers and submitted their details to a rental agent, but were rejected six times.

The agent said they were being beaten to the punch by other applicants who were submitting offers about $50 a week more than the asking price.

The family decided to do this and “won’’ a three-bedroom rental in Aura for almost $600 per week.

“We never thought it would be this hard – or this expensive,’’ the couple, who did not want to be named, said.