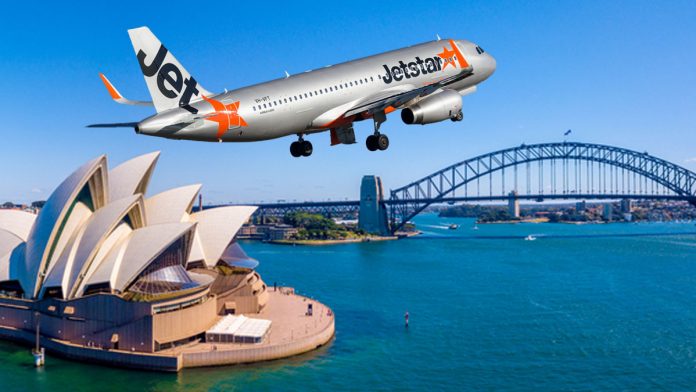 Jetstar has launched its annual Christmas airfares sale as it predicts domestic travel in 2021 will exceed pre-COVID levels.

Jetstar operates flights to Sydney, Melbourne and Adelaide from Sunshine Coast Airport which have been ramped back up since borders reopened.

It comes as Australia and New Zealand are taking steps to introduce a trans-Tasman safe travel zone from March next year.

Jetstar said it was set to operate more domestic flights in February and March than any previous year.

Extra services would be operated by the airline’s Airbus A320s that would normally fly to overseas destinations like Bali and Singapore.

It follows Jetstar’s own research that showed that 86 per cent of respondents intended to travel domestically in 2021.

Jetstar Group CEO Gareth Evans said travel demand was bouncing back in the lead up to the summer holidays.

“Australians are globally renowned for loving travel and as we approach 2021, demand for our low fares services is stronger than ever.

“While international borders remain closed, more Australians are set to explore places around the country they have never visited, which is great news for local hospitality and tourism operators.

Seven months on from endorsing the idea, Australia and New Zealand are taking steps to introduce a trans-Tasman safe travel zone.

The zone is intended to be in place by March next year after New Zealand’s cabinet signed off on it on Monday.

New Zealand is the Sunshine Coast’s largest international market with 84,000 Kiwis coming across the ditch.

Work is now under way on health, transport and other protocols to ensure the protection of travellers and prevent the spread of coronavirus.

An exact date for the zone opening won’t be available until early in the new year.

It’s also intended that once the bubble is in place and has been thoroughly tested there would be opportunities to expand it to Pacific island nations.

Australian Chamber of Commerce and Industry tourism chair John Hart said business groups from both countries had proposed the bubble start with a Canberra-Wellington route as a “proof of concept” of systems and processes.

After a number of weeks other cities could be added.

In a typical year, 1.5 million Australians travel to New Zealand.

Jetstar has launched its annual Christmas sale with more than 300,000 domestic fares available across 55 routes, starting at $29.

The sale runs midday Tuesday 15 December until midnight Saturday 19 December AEDT unless sold out prior.