Sami: Hail the Aussie who invented the ‘splade’

Sami: Hail the Aussie who invented the ‘splade’

Sami Muirhead: Hail the Aussie who invented the 'splade' 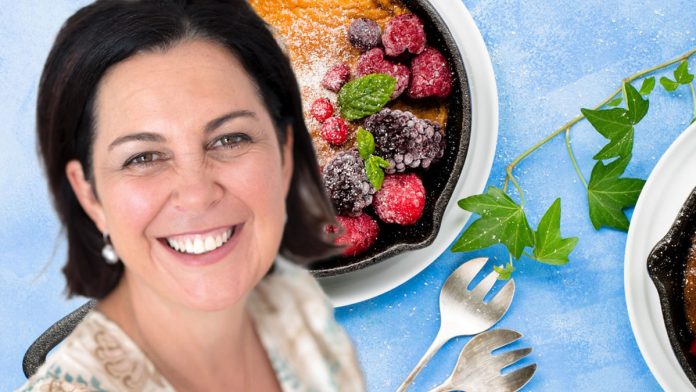 A Sunshine Coast engineer has cooked up an eco-friendly initiative that has developed a strong following in the kitchen. Mark J. Henry founded local company More
More
Opinion

Some books stay in your mind for decades after you read them. Where The Crawdads Sing will be one of those treasures for me More.
More
Lifestyle

When the bright lights of the big city beckon, the challenge to find the right accommodation can be daunting at the best of times. Imagine More
More
Opinion

If you want to shake up Christmas lunch this year, I have a good debate for your table that revolves around ‘splade’ or ‘spork’. I always call a splade a splade.

I refer to the kitchen utensil that is a hybrid of a fork and a spoon. Fierce debate has erupted in my life with workmates and my kids as to what we call the utensil.

I grew up in the ’80s eating my cut-up rockmelon with a splade and washing it down with a glass of Tang.

How fabulous was Tang? It is the reason I have fillings, but geez it tasted great. Our splades were long and not fancy.

I know many of you still have small splades that lie in velvet lined boxes that only come out for posh meals.

The splade was actually invented by an Aussie in the ’40s. Yet another brilliant Australian invention such as the clothesline, the goon box, the winged keel and the bikini.

To add to the controversy, some spell it splade and others spell it ‘splayd’. Either way, it is a brilliant invention and makes me very happy indeed when I use it in bed to eat fried rice. Pure joy!

But this newcomer, the ‘spork’, is threatening to take over. I think this new novelty name is just that. It rhymes with dork and it has no place in my cutlery draw.

So, if you want to throw out a hand grenade at the Christmas table, ask the question: is it a splade or a spork? Then run and eat the rest of the pavlova while they are all fighting.

And if food is the key to your man’s heart, then consider going to glam new restaurant at Maroochydore, Market Bistro.

The European-inspired bistro has chef Tony Kelly’s famous mushroom soup on the menu.

Fifteen years ago, my friend would buy this soup in a takeaway container, go home, warm it up and serve it to her then boyfriend and pretend she had whipped up the mushy masterpiece.

Scotty was so smitten he proposed and when he finally found out he had been tricked we all feared the worst. Luckily,  their love proved strong enough to survive. It gives you an insight into the soul-strengthening power of this soup.

My poor husband still married me after I served him my homemade pumpkin soup that still had the skin of the vegetable in it and caused him a gagging fit. Who knew you were meant to cut the skin off?