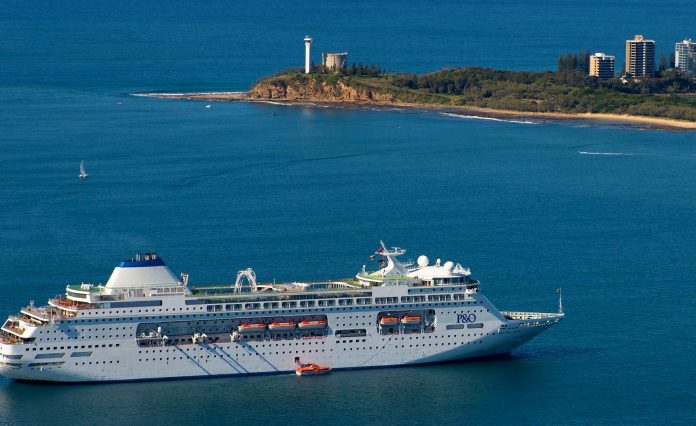 Australia is extending a ban on cruise ships by another three months, concerned the risk of coronavirus is still too high.

The ban on domestic and international cruises was due to be lifted next week, but will now remain in place until at least mid-March.

Limitations on outbound international air travel will also be extended.

Mooloolaba had been due to welcome 15 cruise ships in 2020 before the global pandemic hit, including Seven Seas Navigator, Crystal Serenity, Explorer Dream, Oceania Regatta, Star Breeze and Silver Muse.

November and December would have been the busiest months this year, with 10 cruise ships in those two months alone stopping at Mooloolaba to release thousands of spending visitors.

Research shows cruise ship guests to the Sunshine Coast spend an average of $269 a day.

Each ship with abound 1800 passengers injects just under half a million dollars into the local economy, according to Tourism and Events Queensland data.

Cruise ships have been banned since the Ruby Princess disaster in NSW, which saw almost 900 infections and 28 deaths.

Andrew Fairburn, from Visit Sunshine Coast, said cruise ships was one of the fast-growing tourism sectors in Australia before COVID and the Coast has been getting in on the action.

“I understand and respect the latest health advice and we look forward to welcoming cruise visitors back to the Sunshine Coast, when it is safe to do so,” said Mr Fairburn.

“Prior to COVID, cruising as one of the fastest growing tourism sectors in Australia, and regional ports such as Mooloolaba were increasingly popular for itineraries.

“Through our partnership with Tourism and Events Queensland, we will continue to work on attracting cruise arrivals back to the Sunshine Coast when restrictions allow to ensure the upmost health and safety of visitors and our community.”

The battered cruise and travel industry are bound to be unhappy with the extension.

While Australia recorded another day of zero community transmissions on Tuesday, there were another 15 infections recorded in hotel quarantine.

“What that says is the international world remains a challenging and dangerous environment,” Health Minister Greg Hunt told reporters on Tuesday.

“The risks abroad are enormous, and if we don’t maintain these important protections, then we won’t be protecting Australians.”

Acting Chief Medical Officer Paul Kelly, who recommended the emergency biosecurity powers be extended, said the health advice was not given lightly.

“We weighed up all of the issues, particularly the ongoing situation internationally, and the sort of risks that could come to Australia if we relaxed at this point,” Prof Kelly said.

Mr Hunt said Australia would not be fully safe until the international community was also, stressing the importance of the country’s vaccine program.

He expects Australia’s national vaccine rollout to begin in March.

The prime minister has applauded the nation’s strength during the coronavirus pandemic as more domestic travel options open up across Australia.

Travellers from NSW and Victoria can now touch down in Western Australia without the need to quarantine for the first time in almost nine months.

The states have been reclassified as very low risk, leaving South Australians as the only visitors facing travel restrictions.

SA travellers will no longer require exemptions to enter WA from the end of this week, but will still need to isolate.

However, WA Premier Mark McGowan has warned the state’s hard border could return in a heartbeat if circumstances change.

Queensland will also open up to Adelaide this weekend as long as no unlinked cases crop up.

But Mr Morrison acknowledged the battle against coronavirus continues, saying the government is poised for further challenges including in aged care, where most of Australia’s coronavirus deaths have occurred.