Coast’s James Bazley lines up for the Heat

Coast’s James Bazley lines up for the Heat

Coast's James Bazley lines up for the Heat 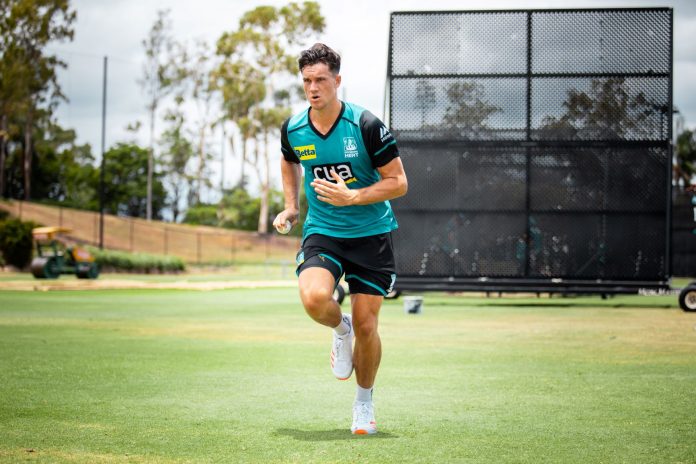 In 2020, Meridan Plains businessman John Jordano* bought a 2019 Mercedes-Benz 300E with one Bitcoin. He pays for most of his living expenses – groceries, More
More
Lifestyle

Surf’s up, the sun is shining, the waves are rolling in and South-East Queensland’s silver surfers are heading for the beach in numbers that More
More
News

The way Australians work has changed dramatically in the past 12 months, with a work from home environment reshaping the traditional nine-to-five world. More people More
More

James Bazley says he’s a better cricketer and much more ready to make an impact for the Brisbane Heat after returning to the club he was a rookie at six years ago.

The 25-year-old Sunshine Coaster is keen to do his bit for the team in the Big Bash League, after learning to trust his game.

The former Australian under-19 representative and Sunshine Coast Scorchers all-rounder linked with the Heat in 2014, before joining the Hobart Hurricanes in 2015.

It was then he impressed in a first-class match for the Cricket Australia XI, claiming the scalps of the West Indies openers and scoring 50 in Brisbane.

But his time with the Hurricanes was hampered by injuries and he’s yet to feature in the BBL.

“I wasn’t really able to contribute or even be around the group a whole lot (at Hobart), so that was disappointing,” he said.

But Bazley has since battled his way back into form, with a bag of wickets for Redlands in the Queensland competition this season helping him earn a contract with the Heat this summer.

Bazley said he’s returned to the club a different player.

“I’m a lot more ready this time around. I’m a better cricketer, a more mature person and I’m really looking forward to it.”

“I know my game more and trust my game more, being able to deal with the highs and lows of cricket.

“It’s a tricky game that has a lot of disappointments. Riding the highs and lows, you have to be consistent emotionally, physically and mentally.

“So, I’ve learned some good processes around those kinds of things.”

“That’s a big part of it. I’ve played for two to three years straight now. I’ve got some good ways of keeping my body fit and healthy on the park and that’s very beneficial.

“I’m learning and getting better when I’m playing a lot more cricket.”

The 196cm allrounder is keen to sink his teeth into the season,

“I’m very excited to get a go with the Heat and I’d love to contribute in any way I can.”

He can bat in the middle to lower order with venom and can bowl medium pacers with variety.

Bazley’s enjoyed a strong season in the state competition, averaging 49 with the bat and 29 with the ball, across all formats.

“I’ve played a lot of cricket this year and performing really well makes me go into the (BBL) tournament feeling really confident in my game and feeling ready to go.”

He’s relished being around his Heat team-mates in the build-up to the season.

“I’m stoked to be around guys like Morne Morkel and learning off him. Ben Laughlin is a really cool guy who bowls amazing, with heaps of tricks.”

And he hopes to play alongside good friend Marnus Labuschagne, who is likely to feature later in the tournament.

“I’d love to play a game with Marnus. That would be amazing. It’s always something we’ve spoken about and we believe we could do it and it would be a lot of fun.”

BBL: The Darren Lehmann-coached Heat get their campaign underway against Melbourne Stars at Canberra on Friday, with their first home game on December 23.