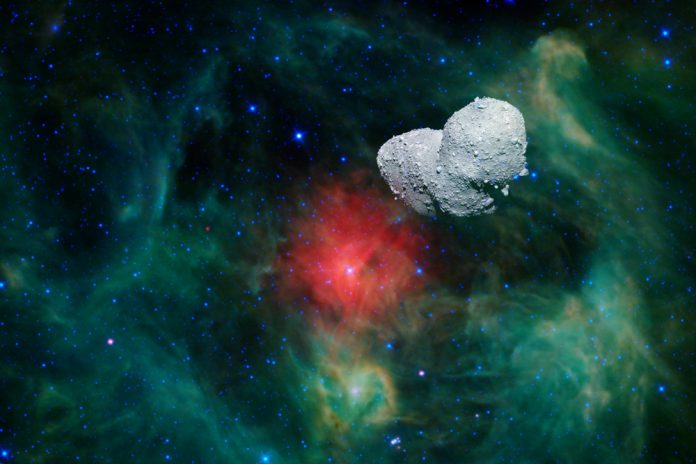 The secret to how life began on Earth may have landed in the South Australian outback.

After a six-year mission and a flight of hundreds of millions of kilometres, a Japanese space capsule has landed carrying the first sub-surface asteroid samples.

The capsule has been travelling on board the Hayabusa2 spacecraft which first landed on the Ryugu asteroid, more than 300 million kilometres from earth, in February last year.

Once released, it entered Earth’s atmosphere early on Sunday morning before deploying a parachute and landing in the Woomera prohibited area.

Professor Masaki Fujimoto, from the Japan Aerospace Exploration Agency, said the asteroid samples may help answer a fundamental question, how did water and subsequently life, begin on Earth?

“Original Earth didn’t have water at all. So something had to bring water to our planet to make it habitable.

“Something like Ryugu brought water to earth and that’s why we are here.”

Tracking Hayabusa2 since its launch in 2014 has been the Deep Space Communication Network based in Canberra.

Director Ed Kruzins said the mission had certainly reached the most exciting phase.
“What’s particularly interesting about this vehicle is it runs solar-electric ion thrusters,” he said.

“So 66 kilograms of fuel can take you billions of kilometres. An extremely efficient way of manoeuvring.”

The release of the capsule over the USA and monitored from California, was successfully triggered late Saturday afternoon Australian time.

The Canberra centre is tracking Hayabusa2 as it “skips away” and leaves Earth on its extended mission, a 10-year journey to rendezvous in July 2031 with a much smaller asteroid known as 1998 KY26.