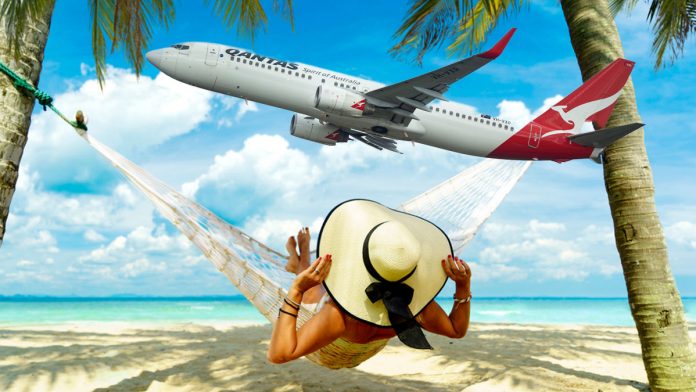 Qantas boss Alan Joyce expects international travel to pick up mid-next year after a coronavirus vaccine has been distributed to a significant number of people.

Mr Joyce on Thursday said he expected distribution of a vaccine for the world would determine how soon customers returned to international travel.

The United Kingdom has become the first to approve Pfizer’s vaccine, which will be distributed from next week. England’s health service says most jabs will be given between January and April.

The US could approve two vaccines before Christmas.

He expected the Australian government would require vaccination for anyone wishing to visit Australia, other than New Zealanders, or face two weeks’ quarantine.

He said the aviation industry was talking with governments about which vaccines would be considered acceptable.

The airline is setting a course to “recovery mode” after a traumatic year during which it slashed thousands of jobs due to the coronavirus pandemic.

Qantas will begin repairing its balance sheet in the second half of fiscal 2021, as domestic borders reopen, costs continue to fall and freight and passenger traffic increases.

If all goes as planned, and there are no more material border closures, the airline believes it could be close to breaking even on an underlying earnings basis after last year’s loss.

“We’ve seen a vast improvement in trading conditions over the past month as many more people are finally able to travel domestically again,” Mr Joyce said.

“There’s been a rush of bookings as each border restriction lifted, showing that there’s plenty of latent travel demand across both leisure and business sectors.

“We are also seeing people booking several months in advance, which reflects more confidence than we’ve seen for a long time.”

Qantas expects its domestic capacity will be back up to almost 70 per cent of pre-COVID levels in December and close to 80 per cent by the end of March.

“But overall, the group is still a long way off anything approaching normal,” Mr Joyce cautioned, adding that until a vaccine is available the risk of more coronavirus outbreaks remains.

“We also have a lot of repair work to do on our balance sheet from the extra debt we’ve taken on to get through the past nine months.”

Earlier this week, Qantas announced plans to outsource about 2000 positions.

The jobs affected are at 10 airports around the country and impact ground operations workers including ground crew, aircraft cleaners and baggage handlers.

Job losses across the group as a result of the crisis and associated border closures account for about 8500 of its 29,000-strong pre-COVID workforce.