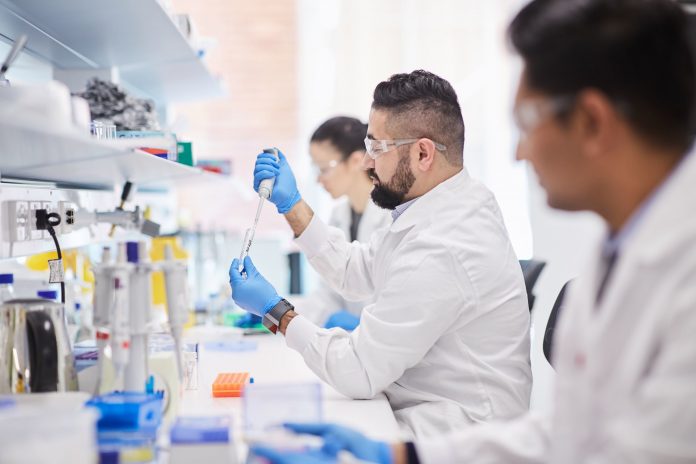 Australia could be deploying four vaccines in early 2021, says the Prime Minister, who is optimistic of a better year ahead.

Mr Morrison said Australia had heavily invested in four vaccines – Novavax, Pfizer, AstraZeneca and a University of Queensland vaccine – which he said should roll out in the first quarter of 2021.

It comes amid a report the UK could start immunising with the Pfizer vaccine as soon as next week.

The Financial Times reports Britain is set to approve the COVID-19 jab next week and deliveries would begin within hours.

The UK has suffered more than 58,000 deaths and 1.6 million infections.

Mr Morrison said unlike Britain’s horrific experience with COVID, Australia was in an enviable position.

He said fatalities in the UK were more than the number of lives lost during the blitz in the Second World War.

“Our relative success here in Australia sometimes shields us from the sheer scale of the devastation that has occurred elsewhere around the world,” he said.

Mr Morrison was speaking via video link to NSW party faithful and key Liberal leaders at the party’s state council meeting on Saturday.

The prime minister said Australia’s debt situation was the envy of the world, even in the midst of coronavirus-induced devastation.

“When you look at the debt situation that we currently face, where we are sitting in a position which is still the envy of the rest of the world.”

Mr Morrison said taking on huge debt as Liberals who are traditionally economically conservative had to be understood in context.

“What was the alternative other than to see Australian lives and livelihoods crushed?” Mr Morrison said.

“None of us likes the fact that we have had to take on now such a heavy load.”

Speaking from isolation at The Lodge because of his recent trip to Japan, he told the council the economic impact of global lockdowns had made an economic crisis “45 times worse” than the Global Financial Crisis just over a decade ago.

He commended state and territory governments for bipartisan efforts to meet the challenge, praising NSW premier Gladys Berejiklian in particular.

“But with all the other premiers, of course, there’s been disagreements here and that’s only natural. It’s the Federation.”

On Saturday, there were two locally-acquired virus cases recorded, both attributed to the Parafield cluster in Adelaide, now at 33 cases.

There were 10 cases reported in quarantining travellers – eight in NSW and one each in Queensland and the ACT.

Victoria has effectively eradicated the virus with a 29th consecutive day of no new cases and zero active cases. “COVID-normal” rules now apply, including the wearing of face masks in busy public areas.