The guinea pig with a smile that cost a staggering $7000

The guinea pig with a smile that cost a staggering $7000

This little piggy has broken the bank, costing a whopping $7000 in dental fees 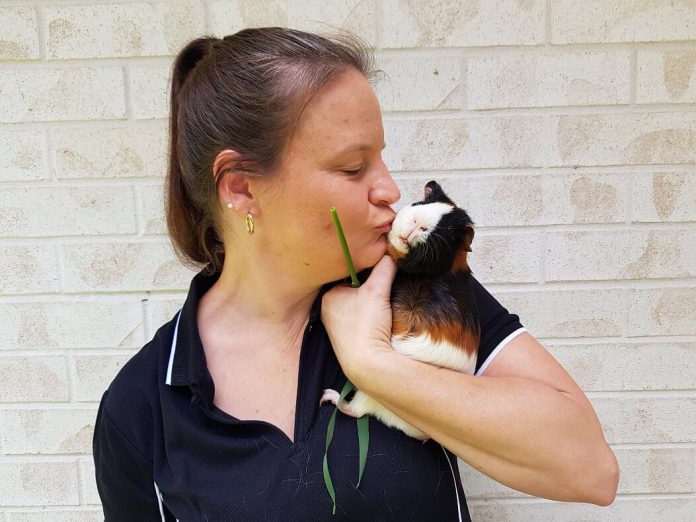 Gerry the guinea pig has a golden smile that has cost a staggering $7000 in dental fees.

Due to a genetic jaw disorder, he needs specialist monthly tooth-grinding to ensure he can eat properly and live a happy, healthy life.

His case dispels any notion that the domestic rodents are cheap pets and shows the heart-warming generosity of people helping our furry friends.

In Gerry’s case, donors from around the globe have chipped in to fund his treatment and save his life.

“Honestly, if we weren’t a registered charity he would have to be put to sleep. We’re lucky he has people who sponsor him from all around the world.”

Demand for guinea pigs has surged during COVID, with stores like Best Friends at Kawana reporting customers are now queuing outside when a fresh litter arrives.

But Mrs Akins has warned that contrary to popular belief, the cute little pets are not necessarily cheap, or easy to look after.

The cost of caring for Gerry has hit an astonishing $7000 in two years but could add up to $28,000 over the course of his life.

Another pig in Mrs Akins’ care, Caspian, has cost $3000 in vet fees to date, also for tooth grinding.

Mrs Akins said guinea pig teeth grew about 3mm a week and their constant munching on hay usually ground down the teeth naturally.

But in Gerry’s case his jaw disorder prevented him from chewing properly, causing his lengthening teeth to overtake his mouth and affect his eating.

Mrs Akins founded Miss Piggy’s Guinea Pig Lair about 11 years ago to shelter pigs liked Gerry and takes in about 200 animals a year that have been given up by owners or sometimes abandoned in the bush.

She said the most common reason people put up their pigs for adoption was the reality of taking care of the creatures being more than expected.

“Also, because people can’t afford the vet bills so the charity helps with that,” she said.

Mrs Akins said she closed her books to adopting out pigs during COVID because she was worried it was just a novelty for people.

“I’m so concerned they’ll all be dumped when the pandemic is over,” she said.

“During the peak of COVID on the Sunshine Coast we closed our doors to adoptions as there was no thought or care put into people’s applications, just a “quick easy pet” to get rid of boredom.

“Guinea pigs are anything but that, they are exotic pets and require more effort and money than most people think and live five to eight years.”

Mrs Akins said guinea pigs were “poop machines” with insatiable appetites that required feeding throughout the day, with hay to grind their teeth, pellets and fresh vegetables to stop them dying of scurvy.

Yet breeders are struggling to keep up with demand for the small pets which do not birth as often as people think or have many young in a litter.

Prospective pet owners are waiting weeks or months to secure a cute new additional to their family, with females carrying only between one and four babies.

Breeder of 40 years Melanie Barnes, founder of Sunshine Coast Cavy Club, warned that the rush for guinea pigs had led to people selling them too young and not in good health.

She said guinea pigs should not be less than five weeks old before they are sold and should have bright eyes and shiny hair, with no sores or scaly skin.

Ms Barnes said she was “horrified” at the prices being asked by backyard breeders advertising mixed breeds on the internet.

The price of guinea pigs has tripled in some cases, with animals that were once $25 now reaching up to $80.

“I saw them online for $80 to $100 which is insane prices for a mixed breed but demand pushes up prices,” she said.

Ms Barnes said she had been approached by pet stores desperate for more pigs but she was ethically opposed to breeding to meet the market.

“I worry because I think there will be a lot of animals put in shelters because they were bought spur of the moment and people no longer have time to care for them.”

CARING FOR A GUINEA PIG