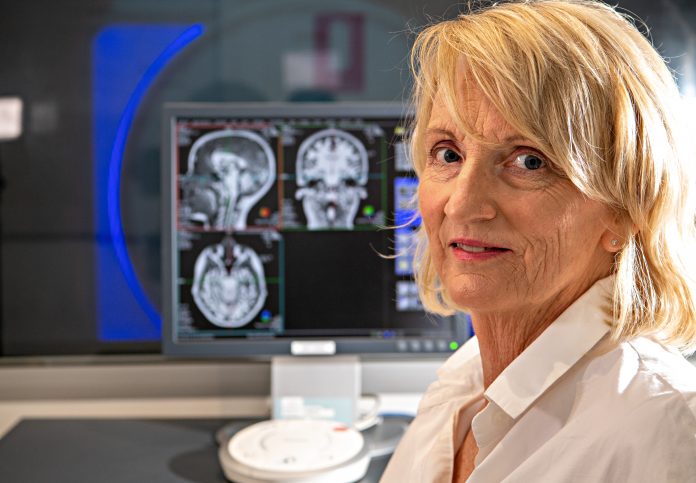 A world-first study has helped University of the Sunshine Coast researchers gain better insights into adolescents' mental health. It found that medical imaging of a More
More
Learning

One of the Sunshine Coast's most exclusive schools has officially welcomed its new principal at a commissioning service. Anna Owen is the fourth principal to More
More
Learning

A University of the Sunshine Coast professor has been named a 'Queensland Great' for his efforts to save an iconic Australian animal from extinction. Professor More
More

The discovery suggests attention deficit issues in kids may actually be a symptom of anxiety disorders.

The breakthrough could help parents and teachers dealing with a rising tide of anxiousness affecting children as young as four.

CALM is one of a number of groundbreaking studies at the Thompson Institute in Birtinya, a leading centre for studies of the brain.

The aim was to determine how anxiousness impacts attention in nine to 11-year-olds – the years known as late-to-middle childhood and what Ms Kennedy said were the forgotten years when it came to academic study.

Ms Kennedy said what researchers had learnt so far from scans of the children’s brains was “significant”.

Early results show different parts of the mind associated with anxiety and attention were activated simultaneously in participants, suggesting a possible trigger between the two disorders.

“That’s a pretty significant finding and the fact that we as a community on the Sunshine Coast are contributing to a world-first study is great.”

Ms Kennedy, who was a teacher for 20 years – including on the Sunshine Coast – said children in the years before adolescence were the “forgotten age” when it came to brain research.

These were the transition years when kids became critically aware of their own thinking, a process known as “metacognition”.

The institute’s trail-blazing research is shining a spotlight on these important years when children often lack coping strategies.

Brain scans were done at the first timepoint before participants undertook ten weeks of a mindfulness intervention program designed to combat anxiety.

A second scan was taken at the end of the mindfulness program, the results of which are being analysed for any differences in the brain.

The findings could help parents and teachers understand why children may be acting out or having trouble concentrating, and allow them to utilise non-medical interventions.

Anxiety is the most prevalent mental health disorder in the world and Ms Kennedy said children as young as four were being diagnosed.

The Mental Health of Children and Adolescents Study (2015) shows half of all Australian children and adolescents with a mental health problem suffer from an anxiety disorder (anxiety disorders are a group of conditions including social phobias and separation anxiety).

Most Australian children and teens with the condition are either mild or moderate.

Ms Kennedy said anxiety disorders could be on the rise because of increasing pressures at school, over-scheduled lives and problems with nutrition, exercise and sleep.

She said practising mindfulness could help prevent mild disorders from descending into severe anxiety or mental illnesses in the future.

Mindfulness is a non-medical treatment that helps train your attention to ‘now’ and refocus the mind.

The child volunteers undertook a range of mindfulness strategies such as focusing on a pattern of deep breathing which actually triggers relaxation.

“If we can put these strategies in place early that may assist with their mental wellness.”