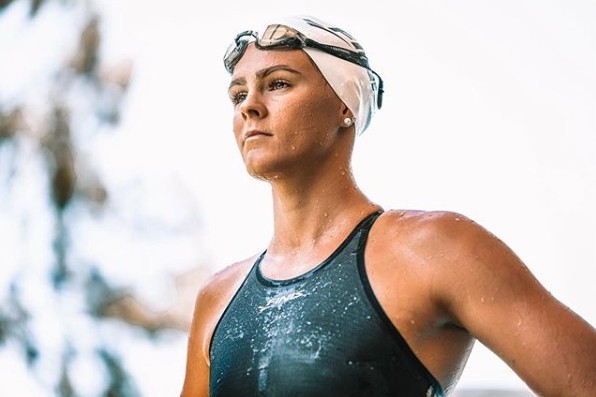 Australia’s Shayna Jack says she’ll return to swimming with a clear conscience after having her doping ban reduced to two years.

Jack’s four-year ban has been halved, meaning she can get back into the pool next year, but she’ll still miss the 2021 Tokyo Olympics.

The Queenslander, who appeared in reality TV Show SAS, was suspended from her sport when the banned substance Ligandrol was found in her sample from an out-of-competition test before last year’s world championships.

Jack appealed to the Court of Arbitration for Sport (CAS) which found the she did not knowingly take the banned substance.

Her ban will expire in July 2021, though she will be suspended during the selection process for the postponed Tokyo Games that start in late July.

During her appearance on Channel 7’s SAS, she revealed her despair at being accused of drug cheating and vowed to continue her fight to clear her name.

Reacting to the court’s decision, the 22-year-old said she would return to swimming and was relieved to have been cleared of deliberate doping.

“The CAS have confirmed in emphatic terms that I did not intentionally, knowingly or recklessly use Ligandrol in any manner,” Jack posted on Instagram.

“I have proven that I have not ever cheated, nor used prohibited substances intentionally or knowingly.”

Jack said she would accept the two-year ban “with a positive attitude and with gratitude that my career as a swimmer will resume next year”.

“I have never doubted myself for a minute throughout this ordeal and I have never allowed my integrity to be compromised,” she wrote.

“I walk a little taller … with the fact that this ordeal is finally over.

Swimming Australia welcomed the CAS verdict while calling for empathy for Jack.

“The approach to anti-doping is deliberately strong and needs to be … we have a zero tolerance approach to doping and always will,” Swimming Australia said in a statement on Tuesday.

“However, this does not mean that we cannot demonstrate care and empathy for young people who are part of our community, who are thrust into a complex system that can be overwhelming, often confusing and confronting.

“It must not be forgotten that athletes have rights in the anti-doping system, one of these rights is confidentiality.

“Shayna is a young and driven athlete and we hope the outcome of the hearing enables her to move forward after a difficult period.”