Why the Coast is finally reaching ‘adulthood’

Why the Coast is finally reaching ‘adulthood’

Why the Sunshine Coast is finally reaching adulthood 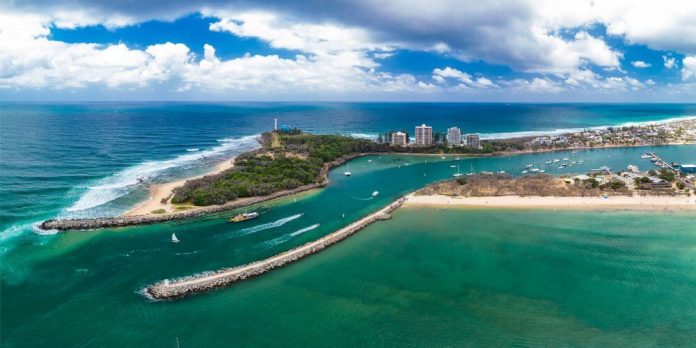 A multimillion-dollar Noosa Heads home draped in lush plants and with a sparkling pool submerged in the middle has been named Australia’s best. The architecturally More
More
News

Fantastic farm that will give Coast a brand new flavour

A new agri-tourism venture is set to showcase the 'best of everything' from the region, with a huge Produce Hall trading seven days a More
More
News

Beachside gem offered for first time since the 1940s

A "one-of-a-kind'' beach property is being offered for the first time in 80 years. Local, national and international interest is already mounting for 19 Queen More
More
Property

A prominent Sunshine Coast indie musician has sold a stunning hinterland property "surrounded by nature''. The property, at 19 Cumner Lane, Reesville, which had been More
More
News

The Sunshine Coast's population could explode by 60,000 people on top of current projections, equating to an extra city the size of Aura and More
More

An influx of southern escapees, government incentives and strong social, health and education infrastructure are all contributing to the buoyancy of the Sunshine Coast residential market.

Industry veteran and Ray White Buderim director Brett Graham describes the state of play on the Coast as, “we have sort of gone through adolescence and turned into adulthood”.

The Coast now has its own property economy. The sleepy beachside tourism and retirement hollow of yesteryear has turned into a burgeoning regional city, which the Sunshine Coast Council estimates will reach a population over of 350,000 by next year with, importantly, a strong growth in 20- to 54-year-olds.

“The 27.3 per cent increase in the Sunshine Coast’s population over the last 10 years is officially the highest of any Australian location, capital city or regional location,” research company Propertyology’s Simon Pressley says.

“I think people are becoming quickly aware since coronavirus of an exodus from capital cities to regions, but it’s actually been occurring for several years,” he adds.

Others might say the property market is strong despite the pandemic, but Hotspotting’s managing director Terry Ryder believes it is because of it and that strong trend in the exodus of home buyers towards affordable lifestyles.

“It’s been gathering pace for a couple of years, but it’s really picked up as a result of the lockdown period,” Mr Ryder adds.

The Coast is being seen by buyers as a growth economy, offering a safe and healthy lifestyle and one which has work and affordable property ownership opportunities. Working remotely, in any location, is now also acceptable by many employees and businesses.

Look at Buderim, Mr Graham says. Once it was known as a haven for retirees while now – with access to the new hospital, more schools and the university – the demographics over the past five years has shifted towards younger owners.“It’s a once-in-a-generation type of circumstances,” Direct Collective chief operations officer Mal Cayley says.

“The Sunshine Coast was already on track and trending to be probably the economy at the forefront in Australia in three to five years with everything that has been invested here.”

On the street the word from the specialists is the supply of residential dwellings for sale is tight.

The Auction Group director Gordon Macdonald says, “in all circles it seems stock levels are down about 30 per cent” so therefore so are auction sales. However, he is finding there are multiple people wanting to buy through auctions and private treaty and many of those properties are being presented with multiple offers.

Mr Cayley concurs that the market is moving towards an under-supply of dwellings of about 30 per cent. And properties that are hitting the market are often selling within just days.

Mr Graham shares a different perspective. His Ray White offices haven’t noticed any significant change in their stock levels. What has changed, he says, is the volume of sales between last year and this year – there is more now.