Flashback: the rise of a legendary surf spectacle

Flashback: the rise of a legendary surf spectacle

Flashback: when Australia Day memories were made at spectacular Maroochydore event 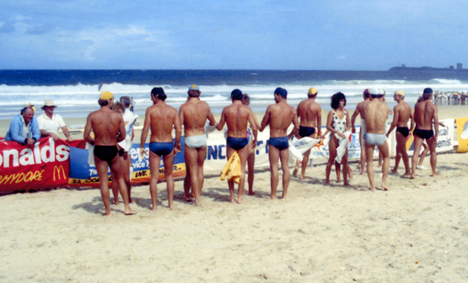 A surf lifesaving carnival was the big Australia Day celebration in the days before parades and formal ceremonies.

During the 1970s and 80s, the Sunshine Coast’s Australia Day memories were made at Maroochydore Beach.

Australia Day was always on a Monday, the last long weekend before school returned and the new year officially got underway.

That changed in 1994, when the Federal Government declared that all states and territories would celebrate Australia Day on January 26, regardless of the day of the week.

In 1978, Maroochydore Surf Club staged a surf carnival that would become the biggest club-run event in Australia and one that soon had visitors flocking to the beach to celebrate Australia Day in the surf and sand. 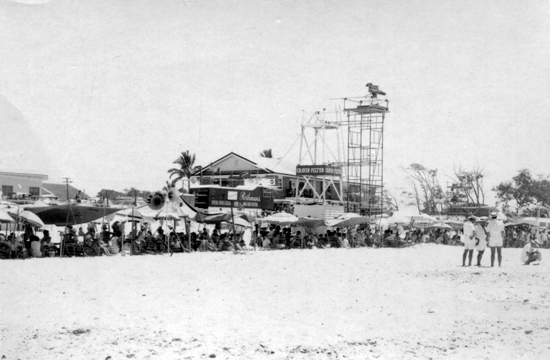 The concept had its roots in the Peter Shearer Carnival that the club had been hosting since 1967.

Bard Claffey, Kerry Taylor, Mal Pratt and Ralph Devlin put together what was to become the first East-West Carnival that not only won them the 1980 national titles but also gave the Sunshine Coast a way to celebrate Australia Day.

Scroll down for more photos

It was named for its major sponsor, East-West Airlines, which had first looked at regular flights to the Sunshine Coast from Sydney when only magpies and kookaburras landed at Maroochy Airport.

By the beginning of 1972 though, four flights a week were leaving Sydney for Maroochy.

The East-West Carnival was designed to be a spectacle, a program designed specifically to attract spectators.

Until then, surf carnivals had been all about competitors and officials.

The heats were run on a Saturday and then the finals of 10 major events were crammed into specified times between 10.30am and 2pm on Sunday to create a showpiece.

The public loved it.

If they wanted to watch the surfboats race, they could come at 1pm.

East-West donated 10 free air tickets and a large sum of money for prizes to attract the crème de la crème of surf lifesaving, the high-profile champions from the previous season, and bring them in.

On the Australia Day long weekend of 1978, the first East-West Carnival was held on the beach in front of the Maroochydore Surf Club, a natural amphitheatre.

A march past along with the big-name ironmen, the thrills and spills of the surf boats and the craft races all in the space of a few hours turned the beach into an entertainment venue.

The Australian flag was raised on the beach and a pipe band played Waltzing Matilda.

Everyone stood up on the beach for the anthem.

And the crowds came.

In the years that followed, up to 10,000 people would jam on the beach to watch the East-West Carnival on the Australia Day weekend.

As the carnival continued through the 1980s, sponsorship changed as television stations Sun 10, Sun 60 took it on, followed by Just Jeans in the 1990s.

There were two major factors working against it, the biggest being that the Maroochy River mouth had shifted to the south of Pincushion Island.

The sand washed away from Maroochydore Beach, which was so eroded there was nowhere for events, much less spectators.

It was four or five years before the beach came back and by then Australia Day was no longer a long weekend.

It was the end of an era.

But the carnival has been rejuvenated.

The latest incarnation of the event is the Maroochy Surf Classic.

In recent years, it has attracted many of the best surf lifesavers in the country.

This year’s edition boasts a prize pool of $40,000 and it will be held at Maroochydore from January 21-23, as part of the Summer of Surf Series.